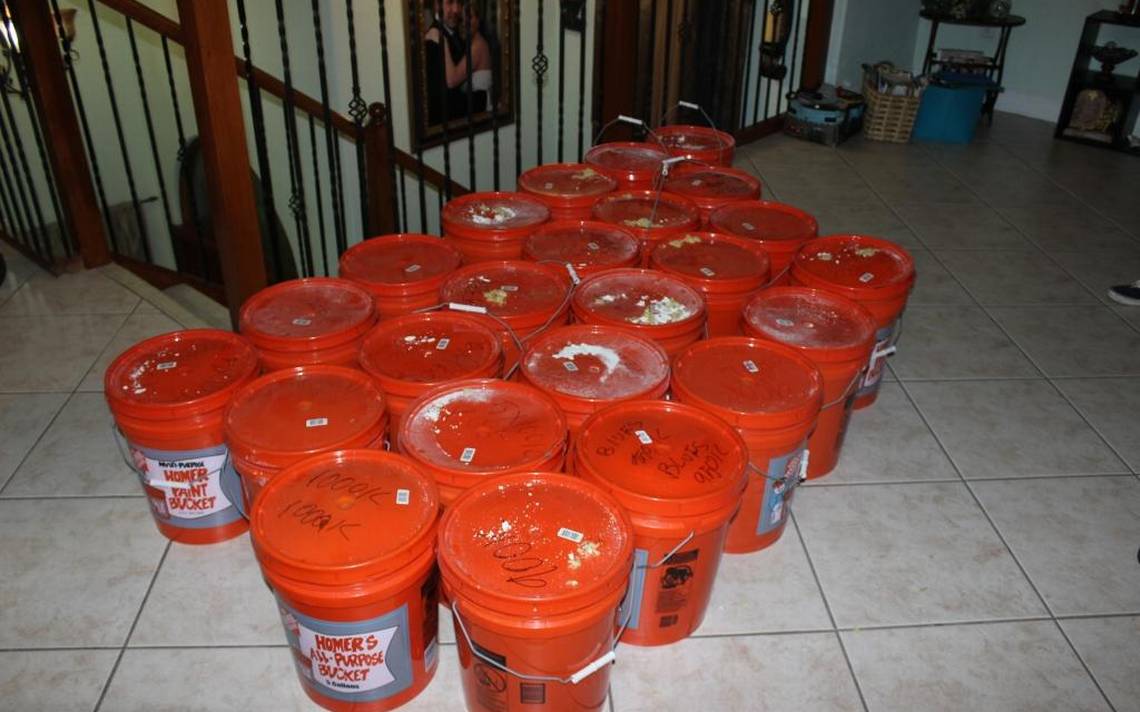 The man found with $22.6 million in suspected marijuana cash stuffed in buckets inside his Miami Lakes home wants to start his trial in state court next month. Uncle Sam, however, wants him first.

A federal grand jury has indicted Luis Hernandez-Gonzalez on money-laundering charges, prompting a U.S. district court judge last week to order that he be moved from a Miami-Dade county jail to a federal detention center.

The decision prompted a legal showdown of sorts on Monday, as his defense lawyers rushed to court to try and convince a state judge to order that the Miami-Dade jail refuse federal authorities attempts to transport him.

“There are important constitutional rights at stake,” defense lawyer Philip Reizenstein told the judge. “We have the law on our side. This stinks.”

Miami-Dade Circuit Judge Nushin Sayfie, who heads the criminal division, was sympathetic but couldn’t do much. “Federal law is the supreme law of the land,” she said, adding: “I just don’t think I am the appropriate tribunal given where I fall in the pecking order.”

His lawyers are planning to file an emergency appeal to the Third District Court of Appeal, a state court.

The legal jockeying adds another twist to the high-profile saga of Hernandez-Gonzalez, who was arrested by Miami-Dade Police in June in a record-setting bust. Most of the cash was found in 24 orange “Homer’s all purpose buckets” from Home Depot, which were hidden in a secret compartment inside his Miami Lakes house.

Miami-Dade police hauled away the money in a pickup truck, with narcotics detectives spending more than a day exhaustively counting the stash. The department released photos of the buckets hidden in the room – and the immense pile of cash once the bills were removed from the buckets.

Hernandez-Gonzalez ran Blossom Experience, a North Miami-Dade store that sells fans, lights and other equipment for indoor gardening. Cops believe that the business, while legal, caters to marijuana traffickers growing weed in clandestine labs inside homes.

Investigators raided his businesses and home after he was caught on a phone wiretap giving growing advice to Miami marijuana growers arrested by federal agents in Tennessee.

But his defense team insists that the money was legitimately earned from selling equipment. However, because he sells to legal growers in other states, no banks would take his cash, they claim.

Hernandez-Gonzalez remains jailed and is charged in state court with marijuana trafficking and money laundering. However, last month, federal authorities unsealed a grand-jury indictment stemming from the same cash seizure.

He is accused federally of laundering the money and conducting illegal financial transactions to hide the money.

A federal prosecutor, appearing by phone in state on Monday, could not say why the U.S. Attorney’s Office could not wait until the end of the state trial in December. “It’s unfortunate that it may cause a delay in the proceedings but we do have an interest in bringing him over here and prosecuting him federally,” federal prosecutor Elijah Levitt said.