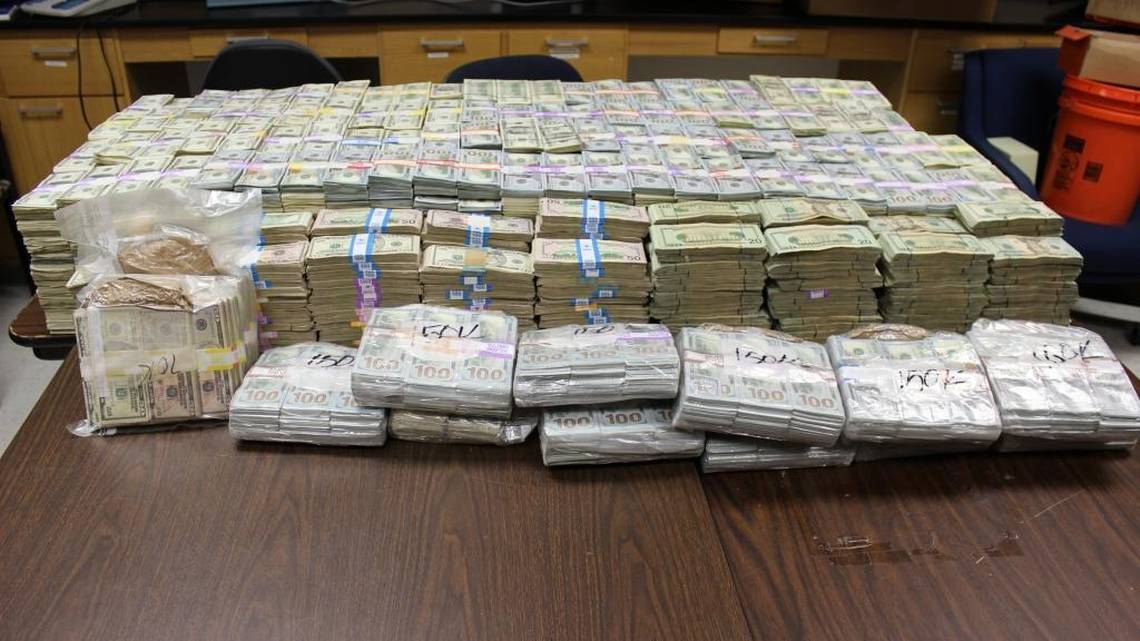 The Miami Lakes man who had $22.6 million cash stuffed in buckets inside a secret room says the money is all legit — earned from sales of equipment to legal marijuana growers in other states.

Lawyers for Luis Hernandez-Gonzalez offered their defense in court as a Miami-Dade judge on Tuesday lowered his bond to $2 million. He remains jailed.

“The prosecution of our client amounts to what we think is a war on marijuana and a war on legitimately earned cash,” defense lawyer Philip Reizenstein said after Tuesday’s hearing.

The defense aired its strategy just weeks before trial for Hernandez-Gonzalez, who was arrested in June after Miami-Dade police, in a record-setting bust, found the suspected drug cash, most of it stuffed in 24 orange buckets inside his Miami Lakes house.

Hernandez-Gonzalez, 44, remains jailed in a case that drew worldwide attention. He was originally being held on a $3 million bond. He is charged with money laundering and marijuana trafficking.

Miami-Dade police hauled away the money in a pickup truck, with narcotics detectives spending more than a day exhaustively counting the money. The department released striking photos of the money hidden in the room — and the immense pile of cash once the bills were removed from the buckets.

The police department has asked a Miami-Dade civil court to give the $22.6 million to the government under forfeiture proceedings. That legal fight is still ongoing.

Hernandez-Gonzalez ran Blossom Experience, a North Miami-Dade store that sells fans, lights and other equipment for indoor gardening. Cops believe that the business, while legal, caters to marijuana traffickers growing weed in clandestine labs inside homes.

Investigators raided his businesses and home after he was caught on a phone wiretap giving growing advice to Miami marijuana growers arrested by federal agents in Tennessee.

Medical marijuana is legal in 25 states. Four states plus the District of Columbia have legalized the drug for recreational use.

Defense lawyers Reizenstein and Frank Gaviria told a Miami-Dade judge this week that the equipment sales were all legal.

But his customers in other states had to pay him in cash because federally sanctioned banks won’t take their money — and in turn, South Florida banks closed his accounts because they deemed his deposits suspicious, the lawyers said.

“That’s why this money was in the buckets,” Reizenstein told the court.

He said financial records will prove the money is clean. “We can show where this money came from. Purchase orders, sales, shipping records, they are going to see $50-60-70 million worth of orders, legitimate,” Reizenstein said.

But Miami-Dade prosecutor Helen Page Schwartz said three witnesses have come forward to say that Hernandez-Gonzalez used to set up illegal marijuana grow houses, then as his business grew, he began selling his customers equipment at a reduced cost in turn for buying the drug cheaply.

Selling to hydroponics labs purportedly growing vegetables is just a front for the dirty money, she said.