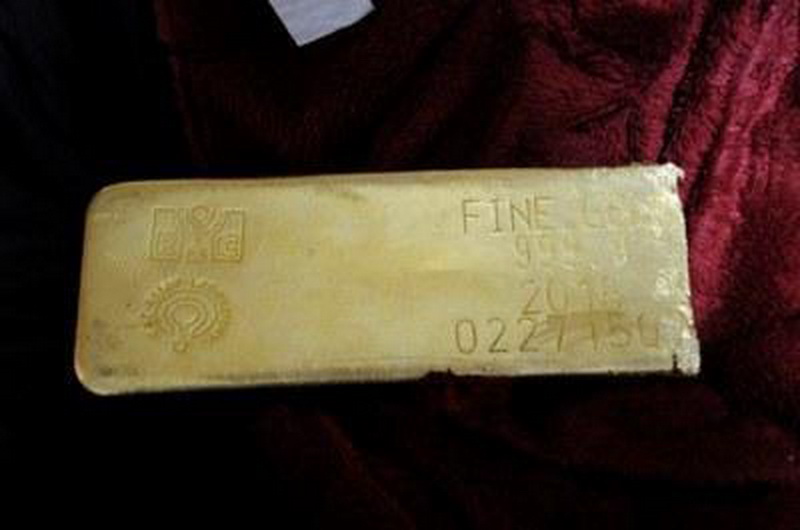 A Florida man orchestrated the heist of gold bars worth millions of dollars from a tractor trailer headed to Massachusetts last year by hatching an elaborate plan to force the crew to pull over in North Carolina, authorities said in court papers.

The allegations against Adalberto Perez, 46, of Opa Locka, Fla., were made public in papers unsealed Thursday in US District Court in Miami, where he is charged with masterminding the March 2015 robbery in North Carolina, in which three gunmen made off with $4.8 million in gold bars.

Perez was ordered held Thursday on charges of conspiring to commit the robbery and to possess a gun to further the crime, pending a detention hearing scheduled for Tuesday. He did not enter a plea.

His lawyer, Frank J. Gaviria, declined to discuss the specific allegations but said Perez intends to “vigorously fight against these accusations.”

According to a complaint filed in the case, the robbery of the truck belonging to the Miami-based shipping company TransValue Inc. occurred on March 1, 2015 on Interstate 95 in Wilson County, N.C. The truck was bound for the Bridgewater area, records show.

A person identified only as a cooperating source told the FBI in January that Perez planned the caper and robbed the truck with two other men, the complaint said.

The source had a “close, personal relationship” with Perez and lived with him for a time, records show. The source told agents that Perez indicated that before the robbery, he placed a GPS device under the trailer to track its location, and that he and his two accomplices also placed pepper spray inside the truck, the complaint said.

Perez could release the pepper spray remotely, the source said, and the employees inside the truck stopped on the interstate because they began to feel sick.

The robbers set upon the two employees at gunpoint and bound them before fleeing with the gold, records show. In addition, the thieves ignored containers of silver and went directly for the canisters of gold, suggesting they knew what they were looking for, according to legal filings.

Perez told the source that the three men split the gold equally, and Perez began selling his share, using the proceeds to buy three Nissan vehicles, three homes, and a boat, according to the complaint.

The records did not indicate how Perez allegedly gained access to the trailer before the robbery, and a spokeswoman for US Attorney Wifredo A. Ferrer declined to comment.

It was not clear on Friday if prosecutors know the identities of the other two gunmen or if anyone else will be charged. In July, another man, Miguel Bovar, pleaded guilty to an extortion charge related to the robbery, records show.

Jay Rodriguez, chief executive of TransValue, said in an e-mail that Perez is not a former employee, and the company is “looking into all possible scenarios.”