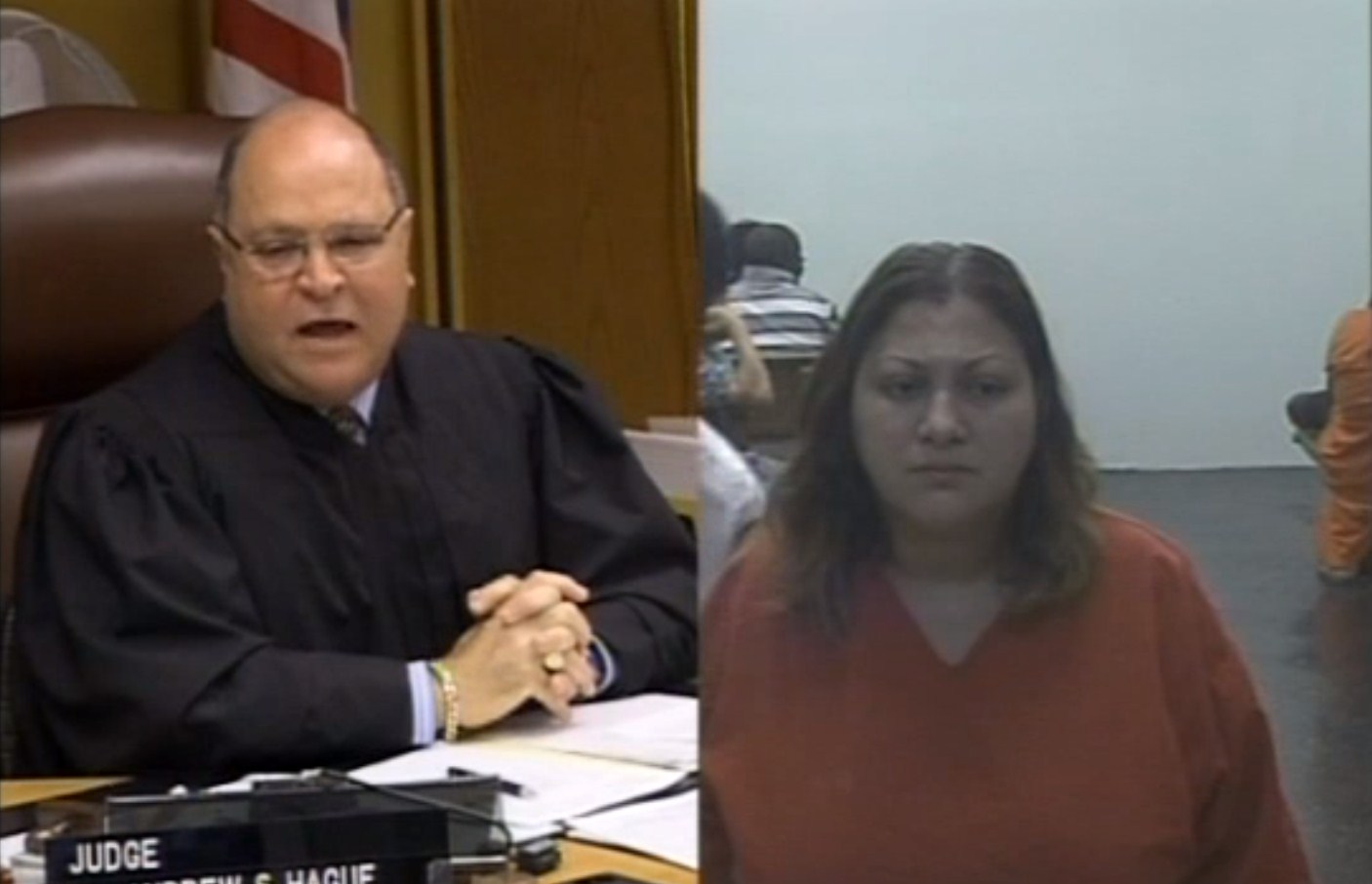 A mother charged with aggravated manslaughter of a child in the death of her 11-month-old son was ordered held without bond Saturday.

Miami-Dade Judge Andrew Hague ordered Catalina Marista Bruno, 30, held on no bond in connection with a previous case involving her son. She was arrested in November 2012 on child neglect and DUI charges after she was found passed out behind the wheel of her car with the infant in the front seat, records showed.

Bruno’s son, Bryan Miguel Osceola, died at Kendall Regional Hospital Thursday after she went into her home but forgot the boy in a car, Miami-Dade Police said.

She had placed the boy in a rear car seat before driving to her home at 1071 Southwest 150th Place, then got out of the Chevy Impala and went inside, police said.

After an undetermined amount of time, the boy’s father, Amos Osceola, asked about his whereabouts, police said. Bruno remembered leaving the boy in the car seat, but he was unresponsive when they found him, according to police.

The 1-year-old was taken to the hospital with a body temperature of 109 degrees and was later pronounced dead, police said.

A prosecutor said that when Thursday’s incident occurred Bruno was on pretrial release for child neglect of the same victim, who was five months old when she was arrested in November.

Hague said he was concerned, given that the allegations of what occurred after her release involved some of the same behavior, and ordered her held on no bond on the previous case.

The judge set her bond at $250,000 for the new case. He also set numerous conditions for Bruno if she does post bond. Among them, he ordered her not to have any unsupervised contact with any minors, said she cannot have custody of her two other children, ordered her not to drive, and said she would have GPS monitoring while on house arrest.

She is scheduled to appear again in court on Monday.